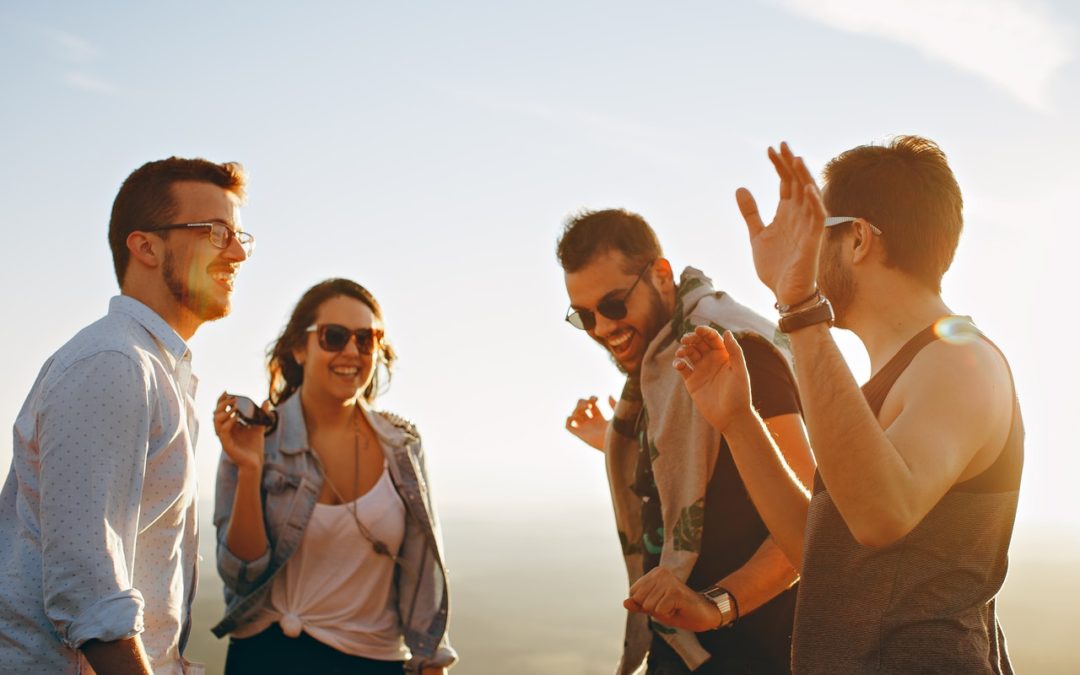 We’ve all seen that one woman who every man wants to be around. She’s bubbly, constantly smiling, and great at making men feel extra manly around her. You may look at her and say “She has a special personality. I could never emulate that.”

However, there are certain skill sets the irresistible woman has that can be learned, honed, and used by everyone, and you’ll have men at full attention, focused on you, and truly wanting to please you.

1. Someone Who Makes Him Feel Needed and Appreciated

Why are men craving to feel needed? Today’s woman is super independent and doesn’t need a man for the things she used to. For example, she has a job, financial independence, her own house or apartment, and the means to hire people to do anything she can’t do herself.

This means the potential boyfriend doesn’t have anything to offer a woman that she can’t provide herself. Since this is the case these days, men will gravitate toward women who still make them feel needed.

We’re all independent and can do things on our own, but it feels nice when someone asks for our help. This is especially true of men. Photo source: CraveOnline.com.

If you have everything, how do you make him feel needed? Some examples on a first date are letting him open the door for you or asking him to pass the water, help you with your jacket, or offer some advice on something you’re struggling with.

Once you make him feel needed, you’ll want to show appreciation. For example, if you go to a bar and both of you have one drink each but he decides to pay the bill, you might want to say something like “Thank you! You’re such a gentleman. I’m lucky to be out with such a great guy.”

You’ll want to speak slowly, confidently, and pause at appropriate times for emphasis. Since this is hard to illustrate via words, I made a video that shows how to show appreciation.

Why are you doing this? You’re making him feel needed and appreciated because a strong successful independent woman is so self-assured and confident that she feels comfortable asking for help. Being able to ask for help when you don’t need it is the sexiest thing a woman can do and, frankly, the best gift she can give to a man trying to court her.

Alright, now you’re a pro at making men fall in love with you because you’re officially one of those rare gems who makes a man feel needed and then appreciated. What’s the next step?

2. Someone Who Makes Him Earn Her Physical Affection

It’s your job to only sleep with him when: 1) You’re ready. 2) After he proposes exclusivity.

Why is this important? First, if you have sex with him on date one, two, three, four, or five and then he disappears, oftentimes you’ll be upset. If you decide to not have sex with men until date six or later, those who are purely looking for sex will most likely stop pursuing you. Reason being, these men will probably be able to find another woman who will take less time to bed.

Second, if he has to earn the privilege of sleeping with you, he’ll truly appreciate it when it happens. If he spends more than six dates courting you, getting to know you, and falling for you, well, he’s going to be ecstatic and keep the relationship moving forward.

Taking the time to get to know and fall for each other before having sex means it’ll truly mean something when it finally happens. Photo source: Collider.com.

Some people may argue that making a man wait for sex is prehistoric advice and no longer needs to be lived by. To those people, I say you’re wrong most of the time. The only time you are 100% right is when women choose to sleep with men who are relationship oriented.

However, these men are hard to find, and the even bigger problem is the men who are looking for sex will occasionally convince women they’re looking for a relationship just to get into bed and potentially disappear shortly after.

Thus, instead of risking your heart and sanity, the safer bet is to simply make all men wait because this process is the catch-all and will get you your result of finding love — whether the guy is relationship oriented or a guy who’s looking for sex and finds love with you.

It Feels Good to Be Wanted and Important, So If You’re Doing That, You’re on the Right Track!

Sometimes words aren’t enough. Concepts are much easier to learn through videos, so I illustrated all my points and have some different examples to show you what makes men fall in love:

Just to recap: To make him fall in love, you want to make him feel needed via even the smallest of asks and then follow that up with appreciation. Couple this with setting the pace in terms of sleeping together, and you’ll be irresistible to men, and they’ll be beating down your door for multiple dates with you.

Mike Goldstein is a one-on-one dating coach who helps men and women find love efficiently. He has been featured on “The Today Show,” The Star Ledger, Reader’s Digest, and Shape Magazine. Over 83% of Mike’s clients enter relationships during coaching, and he currently has 100% client satisfaction. He is also an online dating expert who uses the data from multiple major online dating sites to ensure his clients are in the top 5% of successful online daters. FREE Gift: Ebook – “How To Find A High Quality Man In 3 Easy Steps AND The Main Reason You Have Been Choosing The Wrong Men.”